Supporting the dissemination of historical FACTS...

Sirius TV opening the minds of the viewer. Question all things and the truth shall set you free. Think and ask questions it is what the Creator intended our Minds to do. TO THINK IS NOT A SIN. Thessalonians 5 : 21 / John 8 : 32.

Helping to free the Enslaved Mind

NHWEHWEMU (in-shwey'-shwey moo) is an Akan term which denotes the process of investigation - to hwe, look, mu, within. The root hwe is doubled denoting an intensive investigation leading to nokware - truth. The mission of Sirius TV is to disseminate the Truth by all means available that will promote and aid in the resurrection, liberation and empowerment of African people.

This is achieved through the reeducation of our people using Right Knowledge. We must first know the truth about our ancient spiritual and cultural heritage. We must practice MAAT and live according to Truth, Justice, Righteousness and Universal Order. Begin to love self so that we may love each other once again. Through the understanding of our Truhistory we will gain a rooted understanding of our Great African past. We aim to give a better understanding of the current political, socioeconomic systems and how they impact our lives today.

Everyone has the right to present their historical perspective even the African, never be afraid of telling your story...

Question's about our program or for general information,

Great Thinkers
How can you help?

Do you consider yourself to be a great speaker. We require individuals to speak to the people in the streets and inform our people about their Truhistory directly. This will entail setting up in large traffic areas with a microphone, handing out flyers, answering questions, informing the public about our group.

Flyer distribution is another way of getting the information out to the public. This entails handing out flyers in the community and surrounding areas. Answering questions will also be required.

Go into the public to engage the public on our Truhistory, question and quiz the public. This information will then be presented on our station. Will also be involved in prize give away's to the public. 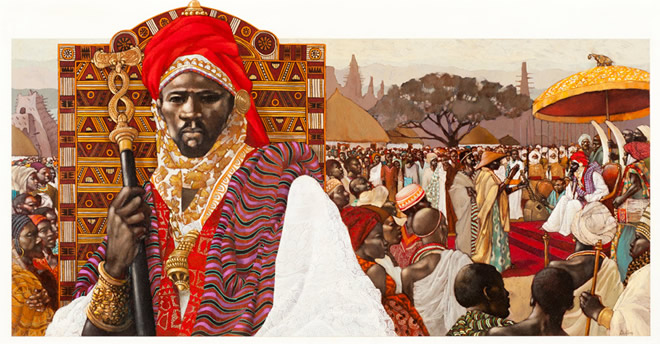 You are helping to support the re-education of Africans out from the current oppressive school system that exist today. Only by first knowing self can we as a people begin to rise up to the state in which God intended us to be.

Thank you for choosing to donate today. Remember, all donations, large or small will make a difference. We appreciate your support at whatever level is possible for you.

For non-credit card donations please contact us for further details.

Thank you for your interest in being a part of our youth mentoring program. We are always seeking individuals who are willing to become a big brother or big sister and mentor youth throughout the community. A mentor is 'a trusted counselor or guide', mentorship is a satisfy and rewarding thing for both the mentor and the youth. Our youth need us more than ever to provide them with proper guidance to offset the images they see within society. Become a Mentor today, let us together help the youth.

"A mentor is someone who allows you to see the hope inside yourself."
-Oprah Winfrey 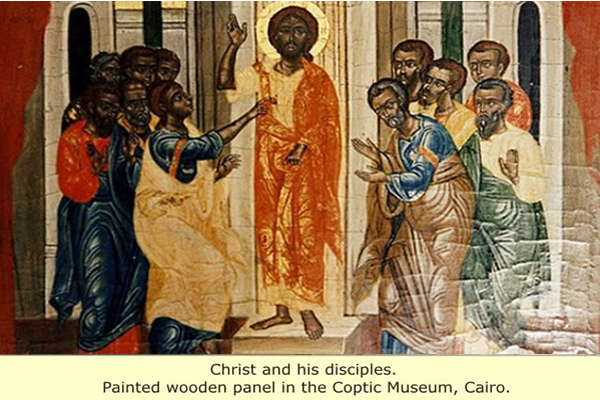 Did you know that the standard image of Jesus hanging in many homes is a false one? Though the life and death of Jesus of Nazareth cannot be taken as an historical fact, historically and genetically the people of Palestine and Lebanon during that time were 95% African in all aspects; it is not well known that Jesus, the Christ of Nazareth if he existed was an Afrikan/black man. The evidence of the earliest visual representations of him showing him to have been that and nothing else.

1400 year or so after his death the Roman Catholic Church decided to use the image of the Italian Cesare Borgia an incestuous murderer and a homosexual to represent the son of God, it was already a well-established fact that Christ was black and there are many paintings, sculptures and statues that depict Christ, Mary and Joseph as black, scattered around the world today. Of course you will never hear about these representations in the mainstream news nor will you find them openly, you will have to search for them on your own.

The African looking Olmec heads have dumfounded historians for centuries. There were many speculations as to why they have African features, but no one could agree on a theory, and African American scholars like Dr. Ivan van Sertima were laughed at for decades until now.

There is now undisputed scientific proof that the first Americans were descended from Africans, according to evidence in a new BBC documentary. Dozens of their skulls and cave writings have been found dating back to 50,000 years. The skulls, one named 'Lucia' by Scientists, have definite and distinct Negroid facial features like those of Africans.

Archeologists agree that the Mayan and Aztec civilizations - which began thousands of years after the Olmec civilization ended, definitely inherited the bulk of ancient pyramids and advanced pre-columbian art and artifacts previously called 'Mayan' or 'Aztec." 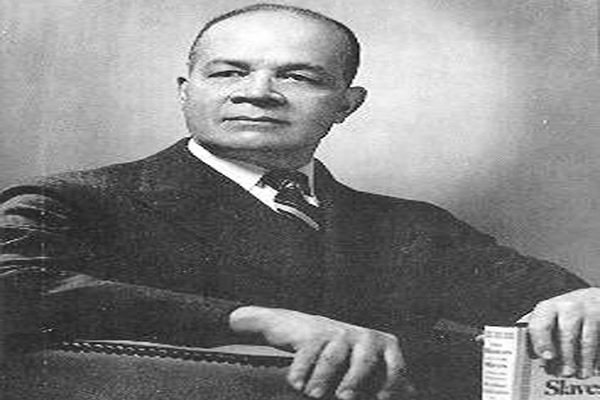 Joel Augustus Rogers was born September 6, 1883 at Negril, Jamaica. Very little is known about his early schooling. Rogers was part of the African renaissance that began in the late 20's and early 30's. The historian is said to have had a "good basic education" but lacked higher formal education. J.A. Rogers immigrated to the United States in 1906 and became a naturalized citizen in 1917. Despite his light complexion and mulatto background, Rogers bitterly discovered that Black people were all treated the same, no matter the complexion.

J.A. Rogers' search for truth led him to examine the African blood lines of Europeans and Americans. His signal work, "Nature Knows No Color-Line" and the three-volume set, "Sex and Race" destroyed the myth of Aryan race purity. In 1931, he published "The World's Greatest Men of African Descent" and in 1947, published "The World's Great Men of Color 3000 B.C. to 1946 A.D." Joel Augustus Rogers died on his birthday, September 6, 1966. 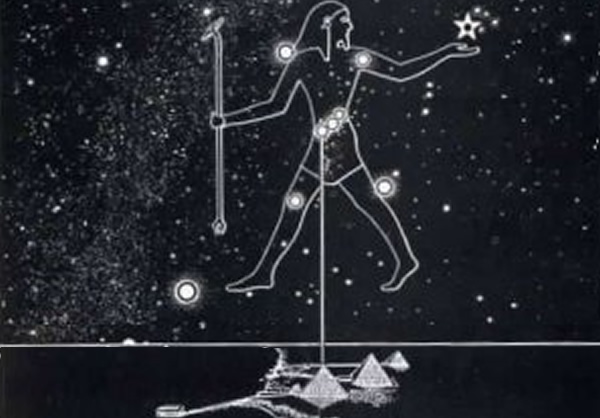 Amos 5:8 - Seek him that maketh the seven stars and Orion, and turneth the shadow of death into the morning, and maketh the day dark with night: that calleth for the waters of the sea, and poureth them out upon the face of the earth: The Lord is his name:

The 7 stars mentioned here are in reference to Osiris(Asar) who is our divine father in heaven. Orion's belt is a part of these 7 stars and points to the Sirius star which is Isis(Aset) our mother who art in heaven. The 3 star of Orion's belt or the 3 Wise men point to the star in the east(Sirius star) which in turn points to the birth of the new SUN on December 25th. This astronomical event occurs each and every year on the 25th of December, which is called the winter solstice.

Osiris or Asar is our spiritual father who art in Heaven and predates Jesus by over 6,000 years. He was crucified in a tomb and resurrected 3 days later, known as the way, the truth and the light. Called the Messiah, Gods anointed son, the Son of Man, the Good Sheppard, the Lamb of God and the Fisher. The image shown depict the 7 stars which maketh up Asar our father who art in heaven. 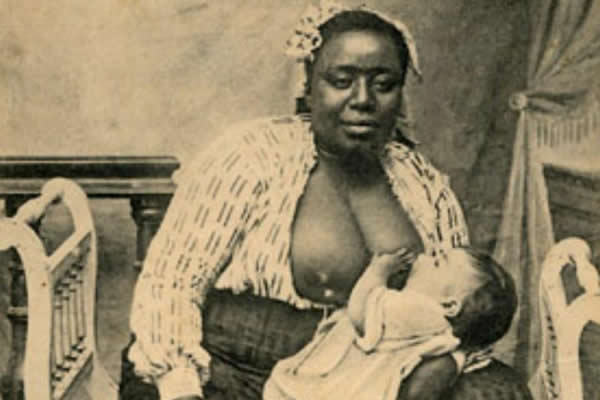 A mammy is a Southern United States archetype for a black woman who, often enslaved, worked for a white family nursing the family's children. The word "mammie" is a variant on the word "mother", and means "mommy" in Dutch. 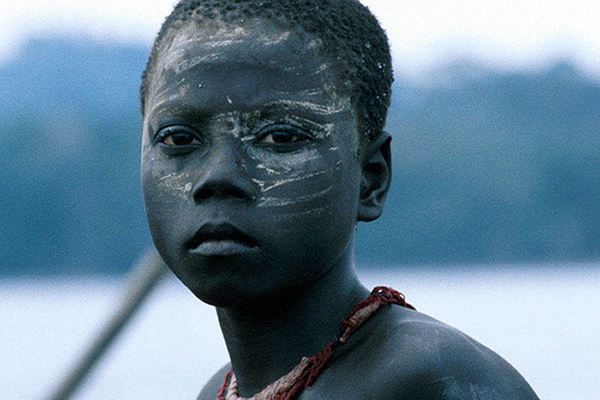 The Beauty of Melanin (Blackness) - Melanin is the fundamental unit of the universe and exist in four forms; Cosmic, Planetary, Plant Kingdom (chlorophyll) and Animal Kingdom melanin. Melanin is black because its chemical structure allows no energy to escape… making melanin the super absorber of energy and light. Melanin is found in almost every organ of the body and is necessary in order for the brain and nerves to operate, the eyes to see, and cells to reproduce. Melanin can rearrange its chemical structure to absorb all energy across the radiant energy spectrum (i.e. sunlight, X-ray, music, sounds, radar, radio waves, etc…)

Afrikans can charge up his/her melanin just by being in the sun or around the right type of musical sounds or other energy sources. Melanin the secret intelligence that allows Afrikans to do extraordinary things. It is an energy which is produced by The 3rd Eye or pineal gland. The more melanin you produce the higher you’re potential for increased brain function and intellect. Melanin itself, on a philosophical plain, is a Black chemical/biological door through which the life force of African spirituality passes in moving from the spirit to the material realm. It is the essence in which the Gods gave the first humans and so creating wo-man in the image of the Gods.

Please allow at least 24 to 48 hours to receive a response to your comments. If you have questions with which you need immediate assistance, please contact us at the telephone number listed below.

Questions about our Programs:
letstalk@csiriustv.com